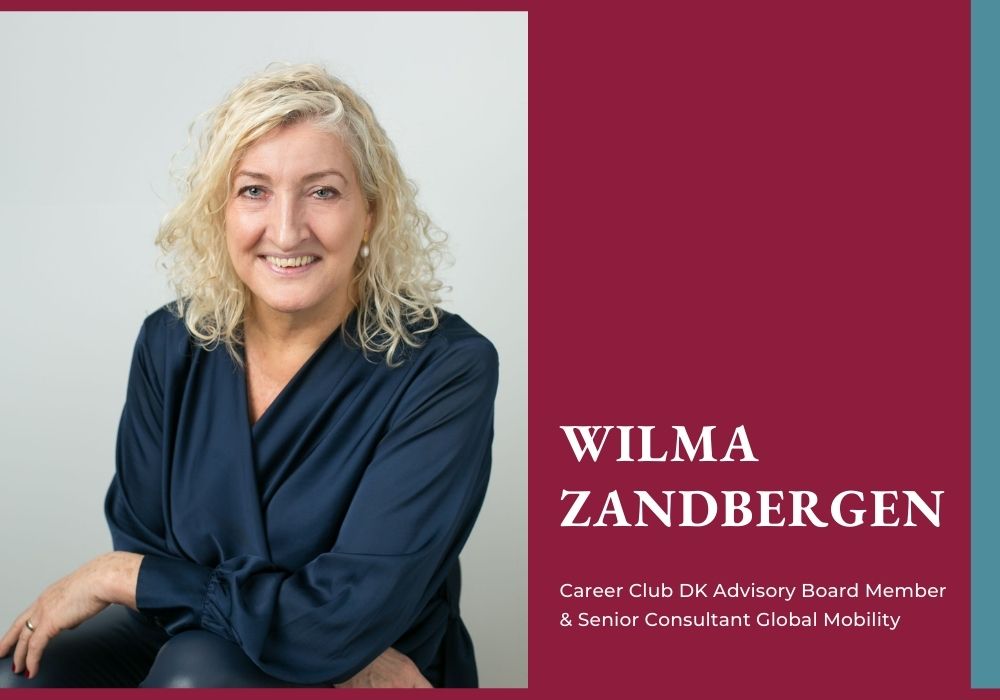 Keeping herself busy as a Senior Consultant at Deloitte and an active member of our Advisory Board, Wilma Zandbergen doesn´t stop just here. She pours her passion into transforming a strategy into daily business and supporting several starups. With over 15 years of professional experience and fortuitous achievements, Wilma has a lot to share with our aspiring Career Club DK community. We sat her down for a talk about finding her own path in the Danish working system and what Career Club DK means to her professionally and personally.

Where do you come from and what motivated you to come to Denmark?

I had never planned to stay in Denmark. I am so Dutch. Tall, blond, curls… The intention was one year in Denmark, where I would get to know my boyfriend better, work a bit and then go back to the Netherlands, where I was born and where my family lives. But life happened… And just like that, I made a change of plans, so instead of studying back home, I found ways to educate myself at my own expense here. I found jobs – I had four at the time for a couple of years – and I also found another boyfriend and guess what… He is still my ‘boyfriend’.

I found the Danes friendly, but somehow distant and not able to see and sense that a newcomer might need a helping hand. Or at least some introductions. So one day I blurted out to a Danish lady I had met by then, that nobody was helping me. I was a bit frustrated I guess, but I did notice that my little outburst made her react. I was introduced to some other people my age and I was very thankful for that. Right there I became utterly aware that I needed to establish my own network and since then I have focused on having a variety of different people around me, regardless of age, nationality, gender, or religion. The more we differ, the more topics we have to talk about.

You are working as a Senior Consultant at Deloitte, what inspired you to choose this career path?

Even though I have a teaching background, I somehow became part of the Danish Media business, mostly management jobs within TV- and Film production, but I have also had other positions such as Nordic Business lead at J&J, Cultural attaché at the Netherlands Embassy in Denmark and I have worked with several – and still am – start-ups, which is fun. And hard.

These days my job is with Deloitte, a huge company, where I run both internal and external projects. I have chosen to not have a managerial role or a full-time job because I realized there are other things in life than a job. I love the variety of my job, using my brain to crack a problem and analyzing what we are dealing with. And most importantly, I have really nice colleagues. I also really dig into transforming a strategy into daily business. Make it happen so it works. Sounds simple, right?

Tell us about your experience in building a career in Denmark?

I was very much aware that I needed to speak Danish as quickly as possible. Difficult, as Danes just looooove to speak English, but I was keen on being able to express myself. I felt limited, so I learned eagerly, read easy books in Danish, and listened to ‘Matador’ which is a famous Danish series, where they speak very correct and clear Danish. Looking back I have not applied for many jobs, they came to me through my network.

I figured that my heart beats for (people) management, projects, and admin., so knowing that helped. Being clear helps. We know by now that 62% of the jobs in Denmark never are published, but are being filled in by somebody’s network. Therefore please remember to activate your network but also encourage your network to activate their network, because suddenly doors open. Also, don’t be afraid to express what you need (hence my outburst in the beginning). Be authentic, sincere, and keep your word. Trust is key.

How do you find the working culture in Denmark compared to your own?

Danish work culture is quite similar to the Dutch, even though the hierarchy seems more flat here. I write ‘seems’ because we all know that there is a hierarchy anyway, but my experience is that in general, it is okay to express your thoughts and concerns, give feedback and share your ideas. As long as you do it in a natural, kind way. Danes and Dutch people can be very direct and there is not much beating around the bush. Personally, what I think is more important to consider than work culture is the size of the company you want to work for. The smaller the company the more tasks you need to take on, which might be flattering and empowering in the beginning, but in the long run, it’s a tough cookie, and Danes can be pretty demanding as well, especially within the smaller companies. Never forget that you have rights and never waste your time at a company that is unworthy of you.

What is your advice to all women building a career in Denmark?

My foremost important advice is to start building a network immediately. After that, learn to express yourself in some basic Danish. And also I’d like to suggest that you keep learning, whether that being a course, attending a workshop or taking an education, just keep learning. Find a coach or a good friend, who is willing to tell some truth – keep evolving. Do I need to tell why ;)?

What does Career Club DK mean to you and how it can help other aspiring women?

The reason I joined is super simple: It is payback time for me. I was the one asking for help to get to meet others when I arrived many years ago, so now it’s my turn. Actually, I have always tried to help others, but I appreciated the need for an international network for women in Denmark. I would have loved it back then, and I really like it now – even though Covid has been such a tease.

Is there anything else you are passionate about at the moment?

I am passionate about evolving, meeting, and listening to other people, culture and I love reading. Also, summertime in my garden makes me really happy. Smelling flowers, observing how nature rules, and making nice cozy places in my garden with herbs or beautiful plants.

Also being a mum, watching the kids grow up, becoming their own wonderful selves – makes me feel really grateful. I also think I have been lucky by meeting so many inspiring women in this club, and I wish for it to grow into a solid network and Covid to disappear, so we can socialize more often. That’s my wish for 2022 – more Career Club DK social events. Human beings need each other and we can empower each other so much. And do remember what a clever former female secretary of state in the US once said 🙂 Let me know if I can help. 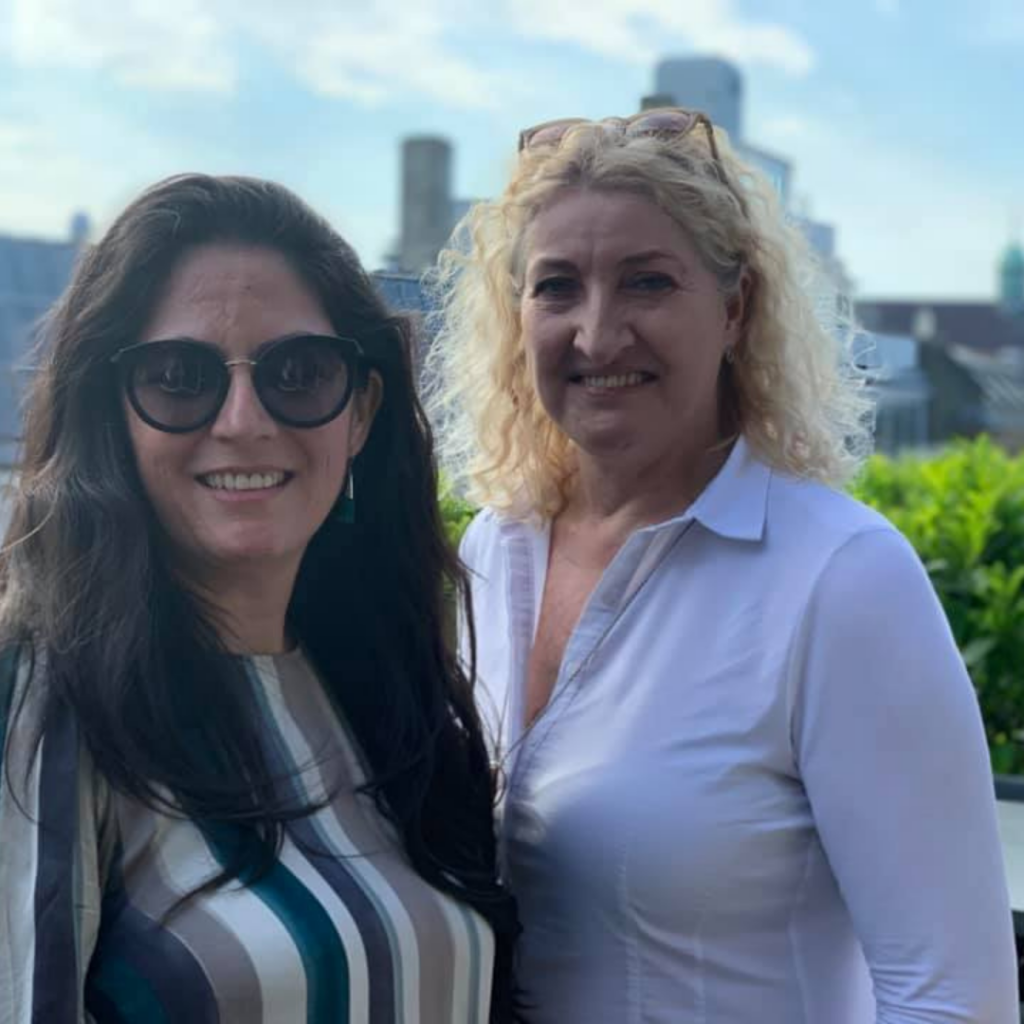 Connect with Wilma on LinkedIn 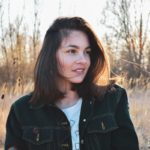 Connect with Martina on LinkedIn!